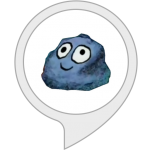 My Pet Rock is a riveting Alexa skill developed by Alexander King to engage players and rouse their interest to own a pet, rear it and have fun growing with it. The voice app kickstarts by letting users pick up a shiny new rock for themselves. The unique skill is tailored to the extent that players can choose a color for the rock and name it thereby weaving an emotional connection for the users with their newly owned pets.

There’s a whole lot to explore as the game with its entertaining sound effects set foot into each successive level absorbing one and all to keep playing forward. Soon after adopting the rock and naming it, pet owners are expected to take it on walks, play games with it, and feed it regularly so that it doesn’t go hungry but grows big and strong. As the pet grows, the skill facilitates the pet rock to learn more skills and tricks to entertain its beloved owner. The basic tricks each individual’s rocks can perform include ‘sleep, sit, and stay’. An interesting part of the gameplay is that there is no limit set for making the rock perform tricks or take it for a walk. But caution is recommended not to overplay the pet and exhaust it as it can be fed only thrice a day. Users are urged to exercise it regularly besides the other orderly, exciting activities to keep it healthy and also to level up in the gameplay. Additionally, when players revisit the skill the voice app offers useful cues on how to gain momentum on basic care. The voice app fundamentally carries immense potential to act as a pet simulator for those yearning to own a pet for the first time. Diving into this gameplay, eager individuals can test and see how well they will fare as a real-life pet owner, whether or not they will ideally live up to their responsibilities or fail miserably by not being alert to providing timely care for their pets. One of the positives worth mentioning is the robust help section that contributes towards efficiently guiding the players throughout the conversation. The voice skill offers certain perks, one of which is owners can teach their pets premium tricks like telling jokes by making an In-Skill purchase. Moreover, it allows players to track the status of their pets and their progress, such as their up-to-date ranking compared with the other rocks to see how well or poorly they stack up. Well, that being said, there seem to be a few downsides that could let down the users at times. Overall, it lacks the option to repeat which is a rather significant feature found predominantly in most Alexa skills. Apart from this, the only other downer is the failure to capture the user’s request accurately at random instances.

The VOGO Voice team scores this skill 4.5 out of 5 stars based on our rating system. Yet, you’ll have to try for yourself and see if it is a truly fun-invoking voice app that will keep you engaged with its amazing range of gameplay features. Bear in mind to familiarize yourself with the skill’s tips and updates to make the most of the skill’s offerings. So why not try out the skill and see if it offers the enriching and fascinating experience you had anticipated.