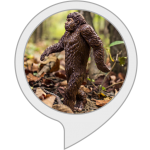 Hunt the Yeti by James church is an interactive adventure game that works on the deduction reasoning concept. It is an interpretation of Hunt the Wumpus, a classic game of 1972. In this game, the user has to guide and navigate a hunter through a dark cave, to find a yeti. The logic behind the game is that the cave is a five-by-five grid where the player is expected to use memory and visualization capabilities to progress in the right direction and finally hunt the yeti. The rules and commands to steer the game are straightforward. As the user explores the cave, Alexa describes each part of it and warns the user about forthcoming hazards. The indications are sounds of the bats fluttering, a breeze from an open pit, and the scent of yeti in the vicinity. If the hunter falls into a pit, the hunter dies and the game gets over instantly. If the hunter enters a room with bats, the bats tend to pick the hunter up and carry him off to a different part of the cave. The game does not provide any clue on the hunter’s location. The hunter can progress only in any of the four cardinal directions; north, south, east, or west based on Alexa’s verbal cues.

The game is essentially a logical puzzle that requires the user to tactfully navigate the hunter from one safe location to another without being attacked by the yeti. Once the user has determined the location of the Yeti, make the hunter throw his only spear in that direction. If your deduction proves right, you ultimately help the hunter defeat the yeti, else the yeti will eventually find the hunter. The challenge is to figure out where the Yeti is and forecast the upcoming traps based on the various sounds. That being said, there are a few negatives that made to the list. The first one being, there is no option for the player to resume the game from where he/she has left off. Another setback was that in ‘how to play session’ there is no reference to 5*5 grid room which is only mentioned in the Alexa skill store description.

The VOGO Voice team scores this skill a 4.5 out of 5-stars based on our rating system. Yet, you’ll have to try for yourself and see if it is truly enjoyable with the game experience you had anticipated.