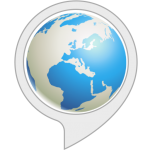 Language Teacher by Kiwiana is an Alexa skill specifically designed to enhance the multilingual capabilities of a user who is aspiring to become a polyglot. In an advanced and interconnected world, proficiency in multiple languages gives you a competitive advantage over your monolingual peers. Equally commendable are the perks you gain when traveling to a foreign country with a basic knowledge of their local language. Aiming to serve linguaphiles, this voice app trains you to bolster your command over 7 different languages – Russian, Italian, French, German, Portuguese, Japanese, and Spanish.

The skill deviates from offering an all-inclusive moduled course for the aforementioned languages. Instead, it picks up phrases in English from the user and translates them to the desired language. This modus operandi enables learners to have complete control over what they want to learn and can rely on Alexa to fetch translations based on situational needs. Along with it, you can practice getting the pronunciation right by imitating Alexa during translation. Ensuring a better learning experience, the skill is capable of repeating the last translated phrase upon demand. But the downfall is that repeat command fails to function anywhere else within the skill. If you are focused on acquiring a specific language, there is the option to set that language within a session. This spares you the hassle of repeating the target language along with the phrase every time you seek translation. To balance out the lack of a proper introduction, the skill furnishes a resourceful Help section enabling users to seamless navigation. That said, shadowing all the positives is the skill’s failure in processing most of the phrases spoken by the user. In other words, translations are available only for a limited set of phrases in some languages, thereby diminishing the utility that the skill boasts of. Adding to its pitfalls, no provision is allotted to test users’ proficiency in grasping translated phrases or their pronunciations. To kick it up a notch, the developer could have equipped users with the command to slow down the translations, if needed.

The VOGO Voice team scores this skill 3.6 out of 5 stars based on our rating system. Language Teacher, if amped up, is sure to be an impressive attempt that can put your language skills to work. With an extensive database of translations and a few add-ons to enhance learning outcomes, the skill is a definite scorer for a better rating. So, why not try out the skill and see if it assists you in your language learning journey.