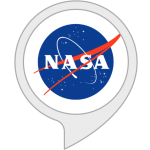 NASA Mars is a uniquely curated skill developed by Jet Propulsion Laboratory to provide big answers about Mars to space enthusiasts. With the proliferation of interest in outer space-related questions, here’s one to quench the thirst for answers. This one-of-a-kind voice skill provides the rover updates that avid minds are eager to binge on.

As part of NASA’s Mars mission, Curiosity is the largest and most capable rover ever sent to Mars. Often there’s much interest that surrounds this topic among kids and grownups. Well, taking into account the need to furnish exciting details to all inquisitive minds, NASA Mars is that skill that lets users learn about Mars. What’s more, the voice skill enables users to see the latest images directly from NASA. Another key highlight worth mentioning is that the updates provided by the skill are the latest and straight from the horse’s mouth. As part of disseminating actual information, the mission team members are the ones who write the updates weekly which entails a platter of mind-tingling facts, discoveries, and happenings at the Red Planet. This voice app allows users to find out if the rovers are driving, drilling, or snapping photos of interesting rock features. Yet, another plus of this app is that it intuitively and efficiently guides the conversation, thereby allowing the user to navigate with ease. To top it all, the skill not only contains timely info but also covers the most frequently asked questions. Well, that being said, there seem to be a few downsides that could let down the space lovers at times. One of the downsides is the absence of the option to repeat, which is quite a basic and user-friendly feature often integrated into most voice skills to up the user experience. Last but not least, the image-related queries do not seem tailored for users of Echo dot. As images are not supported by echo devices, the very question asking users if they would like to see the images appears to sound odd.

The VOGO Voice team scores this skill 4.4 out of 5 stars based on our rating system. Yet, you’ll have to try for yourself and see if it is a truly interesting voice app that will aid space fans to explore facts and information about planet Mars the way they had imagined.  So why not try out the skill and see if it offers the astronomical experience you had anticipated.