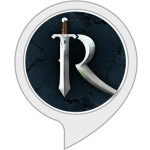 Runescape Quests – One Piercing Note is an interactive Alexa-driven adventure curated by Jagex LTD to entertain its dedicated stream of gaming buffs. Using this voice application, players can explore escapades, based on quests from Jagex’s hugely popular MMO. Centrally focused on a gruesome murder over four separate acts, the voice skill prods users to engage and delight themselves by solving a compelling mystery plot.

The multi-award-winning role-playing act kick starts by ushering players into the amusement and slowly paces towards the heart of its enigmatic storyline that attempts to offer an immersive experience. The interesting sound effects to amp up the intriguing narration is yet another highlight worth mentioning. The skill offers customized ‘Help’ based on scenarios in the narrative guiding users with commands to proceed further on with the murder mystery game. Overall, the skill efficiently guides the conversation enabling users to navigate and make most of the skill with utmost ease. Also, there’s the option to resume from where one left off sparing users the hassle of having to play from start. Well, that being said there seem to be a few downsides that could let down the players at times or may stamp it as not suitable for kids. One of them is that the investigative plot is a bit lengthy which renders it monotonous at times. Besides, the wrong option always leads to a dead-end, leaving users no option but to choose what’s remaining to continue playing the game. Occasionally this gives players the feeling that Alexa is undertaking the investigative journey for them. All the more, the plot contains a fierce narrative with violence and intimidating sound effects that may not be appropriate for kids. Hence parental supervision is highly recommended if children are involved in playing the game while the best alternative would be not to include them.

The VOGO Voice team scores this skill 4.75 out of 5 stars based on our rating system. Yet, you’ll have to try for yourself and see if it is a spine-chilling murder mystery game that will entertain you thoroughly. It may be quite a treat for gaming buffs who are eager to investigate crime scenes and confront the demons hiding within the serene Abbey’s walls of Runescape Quests. So why not try out the skill and see if it offers the enriching experience you had anticipated, and perhaps try and stop the murderer before it is too late!