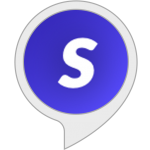 Storyflow- Interactive Stories is a fun, enjoyable skill developed by getVoiceflow.com. This voice skill blends professional voice actors, special sound effects and custom made content to entertain kids and overall provide a sensory experience. The voice app appears to be specially made for those interested in listening to voice-controlled narratives. What makes this story-teller skill all the more interesting is the fact that it allows the listener to make decisions that will alter the outcome of the story.

Submerging the listener further into the world of thoughts and emotions, Storyflow – Interactive Stories has taken it up a notch by prompting the listener through other characters in the story when it is time to make a choice that will determine its climactic ending. Getting the kids to be thoroughly engaged throughout seems to be the primary focus behind building this voice app. With all the positives aside, one of the major downsides was when the user responses didn’t seem to make it into the story as vouched in the skill’s description. Another downside was the inability to resume the skill from where left off, thereby having to start listening to the entire conversation from the very beginning. One other hiccup was when the voice app failed to recognize certain voice commands and guide the user accordingly. There was also an absence of display images at certain parts while the story was being narrated. Then, it was noted that whenever the skill failed to catch the user’s spoken phrases at the start of the interaction, it abruptly stopped functioning. It sure would have been helpful to have a help section included, as it is designed specifically for kids. On the whole, the voice-based narration seems good but it still falls short of delivering a thoroughly interactive experience.

The VOGO Voice team scores this skill a 3.25 out of 5-stars based on our rating system. Yet, you’ll have to try for yourself and see if it is truly enjoyable with its adventurous narratives and offers the unique experience you had anticipated.