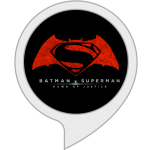 The Wayne Investigation is a uniquely woven mystery game developed by Warner Bros. The game is centered on the murder investigation of Bruce Wayne’s parents. The skill attempts to grip its users to listen to the storyline and make decisions based on what they hear. It presents users with objects as clues to take the investigation forward. Interestingly, the skill engages the users to speak with characters to ferret out crucial information on who may have killed Wayne’s parents.

The murder mystery is backed by a handful of positives. It attempts to effectively engage its users by efficiently guiding them to navigate the skill with ease by means of its varied features. Mingled with a suspense-driven narration, exceptional voice-over, and engaging sound effects, the interactive story lends a heightened sense of user experience. One of the exciting facts about the voice skill is the manner in which it simulates a live murder investigation. What’s more, the ability to resume from where one left off complements the beneficial aspect of the skill. The story leads the user with two options to choose from. Once the user makes a selection, he is carried forward through the plot to solve the crime. If the user makes the wrong choice by following the wrong character or by inspecting the wrong object, then what’s left is to try again by selecting the remaining option to continue with the investigation. Well, that being said, there seem to be a few downsides that could let down the user at times. One of the letdowns being the inability to repeat the entire portion of the previous conversation despite the inclusion of the option to repeat. Last but not least, the skill fails to enliven the mystery plot through the options made available to the user. As a result, if users make a wrong choice, they’ll be led to an immediate dead end and face a forced reverse to choose the other available option.

The VOGO Voice team scores this skill 4.4 out of 5 stars based on our rating system. Yet, you’ll have to try for yourself and see if it offers a thrilling experience. Anyone who is a fan of murder mysteries or would love to indulge in a mind-boggling investigation might enjoy what this skill has to offer. So why not explore this mysterious plot and see if it offers the gripping experience you had anticipated.