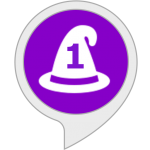 Thinking Math Cap is a fun and educational voice skill developed by Thinking Cap to help kids test their elementary math knowledge. The skill has been specially designed for children to practice K4 math be it at home or in the classroom. What’s interesting about this voice app is the amusing element interwoven into it which makes math practice fun for kids. Encouraging little ones to keep learning more seems to be the motto of the skill. The voice app has been curated in such a way that it keeps kids engaged as they learn with ease the varied math concepts including addition, subtraction and counting all of which are suited to their level of understanding.

The makers of this voice skill have put in much effort to drill concepts in an enjoyable manner. One of the most enticing factors in this skill is the opportunity for children to solve hilarious word problems. What’s quirky about this skill is that it provides humorous responses to incorrect answers thereby leaving no room for kids to feel disappointed but instead nudges them to keep practicing no matter the outcome. What’s more, the voice app has unique gamification features to lend excitement to the young user’s learning phase thereby invoking their greater involvement. To inspire profound learning yet in the most creative way possible, the skill offers kids the opportunity to step up the championship league ladder. The developers of this voice skill have included laughter invoking quotients blended with appealing phrases like’ Very Speedy Amoebas’, ‘Courageous Chickens’, ‘Funky Owl’ to name champion kids moving up the ladder. That being said, there are a few downsides that made it to the list; the first one being those random instances wherein the skill incorrectly recognized the user’s response as the correct answer. While the other being the need to restart the skill each time the user wants to switch to a different math operation.

Nevertheless, VOGO Voice team scores Thinking Math Cap with a 4 out of 5-stars based on our review criteria. Yet, you’ll have to try for yourself to check out whether the skill is able to attract your kids’ attention with its catchy challenges and guided instructions as well keep them absorbed in learning math just as you had anticipated.