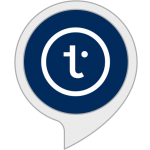 Translated is a smart, interactive translation voice app developed by Translated Labs. This simple, yet interesting voice skill has been specially curated to give users exclusive access to professional translation technology. Featured as “one of the most fun and useful skills available” for Alexa devices by New York Times, the skill attempts to translate short sentences from English into 37 languages.

In under a second, the voice app manages to deliver the translated audio text requested by the user in an accent native to that language. As a fundamentally assembled skill, it offers utilitarian features to aid users to enjoy the skill better. One of those features is the “help” option which efficiently guides the user to navigate the skill with ease. The other being the ability to use the “slow down” command to bring down the pace of Alexa’s translation. To add to it, the option to repeat seems beneficial enabling users to grasp the responses more easily. Overall, the skill adeptly interprets phrases, provided it comprises a combination of words most commonly used. Well, that being said, there seem to be a few downsides that could let down the user at times. Though the skill for the most part renders phrases from English to around 37 languages, there are a few inconsistencies that tone down the agility of the conversation at random instances. It was noted that at times the voice app failed to recognize the user’s given sentence especially if some of the words are quite uncommon. In such a scenario the voice skill returns with an interpretation completely alien to what was requested. The skill seems more comfortable translating words and phrases than sentences, no matter how relatively short it is. Another let-down is that though the skill manages to render phrases it misses out on a couple of words when returning the translation; thereby providing a rather unsatisfactory experience to the user. Mostly, it translates just the first or last word when given a short sentence. Last but not least, sometimes the voice app makes an abrupt stop to the conversation when the user’s request goes unrecognized by the skill.

The VOGO Voice team scores this skill 3.6 out of 5 stars based on our rating system. Yet, you’ll have to try for yourself and see if it is a truly user-friendly translating voice app that will satisfactorily provide the requested translation. Bear in mind to keep the sentences as short as possible to benefit the most from “Translated”. So why not try out the skill and see if it offers the fun and enriching experience you had anticipated.