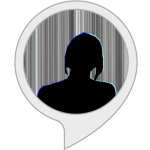 The Conspiracy Theory Escape Room is a distinctly different and interactive skill developed by Art Crashes Tech to grip the mind and interest of its users. This voice skill has been designed to attract users across ages to partake in and experience a real-life version of a conspiracy theory mingled with a hint of suspense. The Conspiracy Theory Escape Room has won hearts and also the credit of being selected as a Top 10 Finalist and Winner of the Best Alexa Conversations Audio Skill.

This voice app is the first game of its series and is titled Moon Landing. Its entire narrative revolves around the space explorations spearheaded by the Russians and Americans in the 1950s-1960s. The story kickstarts when the user says “yes”. The consent in the affirmative allows the user to enter a federal building and set out an investigation to recover the missing Apollo 11 moon landing tapes. To heighten the involvement of the user the exciting narrative is backed by dramatic sound effects one of which is the sound of footsteps to mimic the user’s entrance into the federal building. The effect of the auditory elements interwoven into the skill thus simulates a virtual experience. By making use of the “stop” command the gamer can choose to end the undercover investigation anytime and return home empty handed. Other commands like “look around the room” or “inspect the posters” aid the user in exploring while trying to complete the mission. Moreover, the conversation is efficiently guided and assists the user to navigate the skill with much ease. Well, that being said, there seem to be a few downsides that could let down the user at times. The first of the letdowns being the absence of the “repeat” option which depresses the beneficial aspect of the skill. To add to it the option to resume from where one left off is not made available to the user. The last but not the least is that the skill fails to offer a delightful welcome back experience to its returning users.

The VOGO Voice team scores this skill 4.2 out of 5 stars based on our rating system. Yet, you’ll have to try for yourself and see if it offers a thrilling experience. Anyone who is a fan of conspiracy theories or would love to indulge in a mind-bending conspiracy might enjoy what this skill has to offer. So why not explore this adventure and see if it offers the spine-chilling experience you had anticipated.