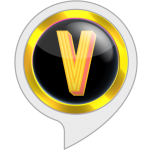 Voice Stories by Volley Inc is an engaging skill with episodic interactive stories for mature audiences. The unique facet of this skill is the option to pick a genre and get the conversation going. The user gets to reel the unfolding of each story based on his choices. Hence, it is different from the usual kind of stories which are lead by a series of interactive questions. That being said, this skill is directed not for children but for adults who would like to take a trip down the story lane through the emotions the user opts for. The interactions in the Voice Stories skill are fashioned along the lines of pick a genre, pick a story to engage its avid users. To deliver a heightened engagement the voice skill also makes room for options to be relayed to the user every 60 to 90 seconds.

With the intent to create a one of a kind interaction, the voice app presents emotions as choices. By picking on the emotions that appeal to the user the most, the stories get a headstart. Though it is the users’ choices that determine how the story unravels, the choice of emotions doesn’t make much of a difference in the direction the story takes off. Yet, the well-guided phrases incorporated within the voice app helps to lead the conversation without any glitches. Besides the engaging narration, the introduction that is provided while returning to a specific story enriches the interaction that takes off from thereon. The skill also provides the user the opportunity to resume from where left off upon revisiting the skill. Nonetheless, the few downsides that made it to the list were the lack of clarity in its pricing options, inconsistent quality of stories across genres, and a few ill-assorted choices which didn’t quite gel well with the interactions linked to it. Being specifically developed for Echo devices the voice skill is devoid of display images, the addition of which, though not necessary, would have provided a better experience for users interacting with the skill on other compatible devices.

The VOGO Voice team scores this skill a 4.75 out of 5-stars based on our rating system. Yet, you’ll have to try for yourself and see if it is truly interactive with its myriad story branches and offers the enriching experience as anticipated.