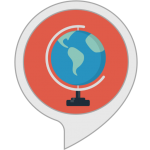 Language tutor is an interactive voice-powered skill developed by Engendex for translating conversational phrases. The skill attempts to pique the curiosity of polyglots by offering the rendering of English phrases from the three select languages, namely Spanish, Italian and French. To top it up the skill offers some Australian dialect as well to attract inquisitive minds. Moreover, the translation model is set on an intermediate to advanced level.

This skill comes as a boon for native and non-native users who have an interest in advancing their knowledge in the offered languages. The voice app kicks off by introducing the learning dimensions of the skill, followed by enabling the users to select the language of their preference, thereafter heading to the rendering of the first phrase if the user responds in the affirmative. Besides extending translations based on the user’s choice of language, the skill has implemented an attractive “Speak Slower” feature to slow down the utterance to aid learners in grasping the phrase more easily. Additionally, the translated phrase will be shown on the Alexa companion app. Another positive is the option to resume from where left off, along with which the skill also provides an update of the phrases covered out of the whole set. The easy-to-use short commands, such as “Next”, “Previous”, “Tell Me”, etc help the user navigate with ease and go with the flow in which it proceeds without major hiccups. Alternatively, choosing the “Set Up” command allows the learner to switch to a new language. Well, that being said, there seem to be a few downsides that could let down the user at times. The storehouse of phrases seems to reflect a selection of random choice of mix and appears to be deficient in a streamlined level of learning progression. Then there’s the option to repeat, but users can resort to it for repeating the phrases alone and not during the normal course of the conversation, when in need.

The VOGO Voice team scores this skill 4.2 out of 5 stars based on our rating system. Yet, you’ll have to try for yourself and see if it is a truly user-friendly language learning voice app that will satisfactorily provide the translation of phrases. Bear in mind to stick to the list of given commands to benefit the most from the skill. So why not try out the Language Tutor and see if it offers the enriching experience you had anticipated.